Michael Graham comments on Sen. Maggie Hassans’s view on elections and the filibuster.

When Sen. Maggie Hassan says she flipped on the filibuster to “protect the wonderful elections that we have in New Hampshire,” the obvious question is, “Protect them from whom?”

Hassan made the comment to WMUR in an interview the day after her surprise announcement from the floor of the U.S. Senate that she was doing a 180 on the filibuster. The interview was part of an all-hands-on-deck effort by New Hampshire Democrats to beat back some of the political fires her sudden reversal had sparked.

Republicans had a field day pointing out that not only did Hassan (and Shaheen) write a letter in 2017 pleading with then-Majority Leader Mitch McConnell (R-Ky.) to keep the filibuster in place, she participated in more than 300 of them during the last year of the Trump presidency.

“Where is the moral compass here?” asked Gov. Chris Sununu on WGIR radio Friday, noting Hassan hadn’t laid out a principled or philosophical reason for changing her position on the filibuster. It appeared to be purely political.

“There are Democrats in this state who are furious with Sen. Hassan because she said our elections [in New Hampshire] can’t be trusted and should be put in hands of Washington, D.C.,” Sununu added.

Is that what Hassan’s saying?
Her floor speech Thursday night certainly had some Trumpian conspiracy themes in it, predicting an Election Day dystopia in which our ballots wouldn’t be counted and the outcomes would be stolen.

Once again, here in New Hampshire, who does Hassan think would be doing the stealing?

“If we can’t protect the wonderful elections that we have in New Hampshire, then we are all faced with a slide toward authoritarianism,” Hassan told WMUR. “Where people who are put into office by partisans who overturn our elections are increasingly divorced from the will of the people.”

“What I want to make sure of is that this kind of impartially run elections is preserved and protected,” she added

Who is she protecting our New Hampshire elections from?
Is Maggie Hassan saying Granite State elections are in danger from local “authoritarians” who will “overturn our elections”?

It’s an odd claim to make in a state that consistently has among the highest levels of voter participation in the country, and does so with among the fewest number of problems. Does any citizen in the state — other than the residents of Bedford perhaps — go to bed at night worried his ballot won’t be counted in the next election?

Hassan has few specifics to offer regarding these alleged election problems or unseen threats to balloting in the Granite State. She did mention “partisan gerrymandering,” which has been practiced in New Hampshire and the rest of America since the nation’s founding (the term “gerrymander” comes from the election of 1812). According to The Washington Post, the most gerrymandered district in the nation is in Maryland, where a Democratic-controlled legislature just overrode a Republican governor’s veto of its extreme partisan redistricting.

Oddly, Democrats aren’t complaining about the threats to our democracy in Maryland, Illinois or New York — all hotbeds of “partisan gerrymandering.”

The major point of contention remains Hassan’s repeated suggestions that the people of New Hampshire can’t be trusted to oversee the elections in New Hampshire, that they need federal mandates to protect them from the rising “authoritarianism” of their fellow Granite Staters.

The premise of federalism is that having each state run its own elections makes it harder for an authoritarian to use the system to seize power. Should New Hampshire have 15 days of early voting? Should we use taxpayer dollars to pay for campaign attack ads? Should elections be largely held in person at a polling place, or should there be a mail-ballot-on-demand system? 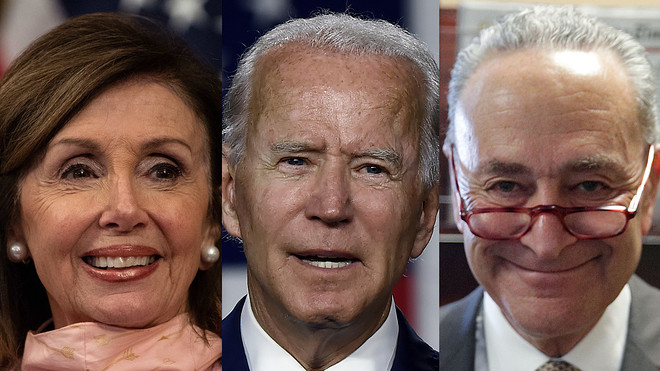 Do Granite Staters still trust each other to make these decisions?
That’s a question for the voters of New Hampshire to answer.
As long as they are still allowed to.