Government intervention in the economy has both intended and unintended effects.
Generally, the unintended effects are more substantial although many people might not see or understand the cause and effect relationship.

Minimum wage laws are a great example.
They are a great gift to the robotics industry at the expense of lower-skilled workers.

Robotics and automation are going to provide increasing competition for human workers over the coming years.
Developers of robotics and automation products will first target mass market applications for simple tasks and hazardous tasks.
Any buyer of a robotics or automation product will look at the payback: how many months do I need to use this product for the savings to exceed my investment.
The ‘savings’ are not having to pay a human employee and not having to provide benefits or pay taxes on that employee.
Increasing human labor costs by more than 50% clearly improves the payback part of the robot sales pitch.

The industries that seem to be the next targets of robotics and automation include low-end mass market restaurants, package delivery, warehouses, grocery stores and long-haul trucking.
It seems that any activity that Amazon is involved in is feeling pressure to automate.

Operating a grocery store involves several mundane tasks that currently keep many employees busy.
Replacing the customer checkout and payment is something we read about and see some stores pushing.
Restocking the shelves and neatening up the products on the shelves both seem suitable for automation. 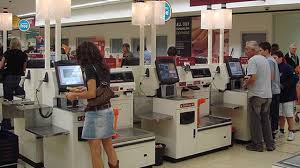 There is at least one grocery store chain in New Hampshire that seems less focused on automation than some of the others and has a good reputation for how it treats its workers, including how it provides productive jobs for employees with intellectual and developmental disabilities.
A more than 50% increase in the minimum wage will certainly make it more difficult for the financial numbers to work for any business employing people with intellectual and developmental disabilities instead of a robots.

It would be a shame if this proposed minimum wage increase harms some of the most vulnerable members of our society.

Click here to find your Legislators. Tell them that the free market should determine wages.