This September 28, 2021 column by Peter Roff appeared at Townhall Finance.

The Biden plan for building America back better has a pretty hefty price tag attached to it. It includes $3 trillion in new and higher taxes, more government regulation, and creates a framework through which Washington bureaucrats will be making essential decisions about which industries survive and which ones die as we move further into the new century.

All that’s bad, but that – as Senate Budget Committee Chairman Bernie Sanders has said about the $3.5 trillion in new programs and spending that will constitute the biggest growth in government since the Great Society under Lyndon Johnson – is only the beginning. The era of big government is back only this time it’s coming as big government socialism and, instead of embracing the free enterprise economy that made America great, Biden and company are taking their cues from the British Labour Party circa 1960.

Now, this is not the first time Biden has “borrowed” something from the Brits and it probably won’t be the last. What people fail to understand is how much more intrusive the government will have to be as we “build back better” to fund all these new programs and to make the American public go along whether they want to or not. 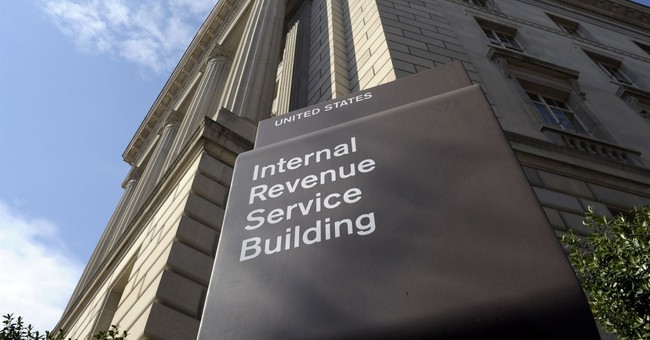 One proposal that stands out in this regard is the constant effort by the Biden Administration and congressional Democrats to secure more funding for the United States Internal Revenue Service. At one point, before it was stopped, a serious proposal was moving through Congress to add $80 billion to its budget so it could hire an additional 80,000 agents. This provision was scored as a revenue raiser, meaning those who were proposing it did so with the idea that more agents mean more audits and more audits mean more money because the IRS will catch more people cheating on their taxes.

For the moment the increase in funding for the IRS looks dead, so the Biden Administration is pushing to catch so-called tax cheats in other ways. Another idea still very much under consideration would require banks and other financial institutions to report business and personal transactions they conduct on your behalf to the IRS if they involved an amount greater than $600.

If that sounds like a gross, possibly unconstitutional invasion of privacy, you may be right – but you also may not be able to do anything about it. The government is routinely notified about transactions above $10,000 – a provision put in place during the so-called hot years of the war on drugs – setting a precedent that has been affirmed by the courts.

There’s something inherently sinister about the idea of your local banker being forced to report your account data to the IRS any time you write a check or send money by wire or over the Internet to bail a kid on spring break out of trouble or pay your mortgage or health insurance premium. Some things are none of the federal government’s business.

Under the initial Biden-backed proposal, the IRS would receive annual reports of account inflows and outflows of $600 or more, which may be less intrusive than a play-by-play, day-by-day account of how you spend your money but it’s no less disturbing. White House’s estimates have the policy when implemented generating about $463 billion in additional revenue over the next decade but, to some, that’s not the point of the exercise. Consider the letter sent to House Ways and Means Committee Chairman Richie Neal, D-Mass., by Treasury Secretary Janet Yellen and IRS Commissioner Chuck Rettig asking for support for the plan “to help the agency increase enforcement and recover more in uncollected taxes.” It’s language like that that signals there’s an increase in audits coming even if they don’t lead to an increase anything like the projected growth in federal revenue from them – as will likely be the case.

If it all sounds pernicious, it’s because it is. The policy is predicated on the presumption that most Americans – the working class and the small businessmen and women especially – are cheating on their taxes. That’s insulting, never mind that it ignores the presumption of innocence around which our judicial system (but not the federal tax courts) is organized. Making Tax Day an even bigger nightmare than it already is is not the way to, as the president puts it, “build back better.”

Peter Roff is affiliated with several Washington, D.C. public policy organizations and is a former U.S. News and World Report contributing editor who appears regularly as a commentator on the One America News network. He can be reached by email at RoffColumns@GMAIL.com. Follow him on Twitter @PeterRoff.