The first year of the Joe Biden administration is drawing to a close.
What happened in the last 12 months in American politics and policy? 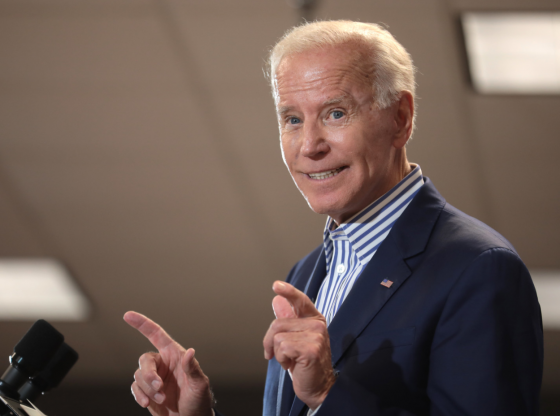 Biden was elected promising to end COVID and unite the country. That didn’t happen.
Now in response to the Omicron variant, Biden and Democrat governors are shutting down schools and businesses once again.

Pipelines were killed and the cost of energy jumped 33 percent.

Biden turned his back on American farmers who need America to establish a trade agreement with Britain now freed from the European Union, and Taiwan and all our Asian allies concerned about China. And our most innovative industries have watched Biden allow other nations to steal our intellectual property and attack our most successful businesses with targeted taxes and regulations.

Biden stopped the final construction of the wall at America’s southern border, left the gates open and hundreds of thousands have entered the U.S. illegally.

The Democrat running for governor of Virginia said parents had no business meddling in the education of their children in public schools and in November the Virginia vote swung 10 points to the Republicans and elected the first Republican governor since 2009 as well as a Republican House of Delegates.

Biden the “moderate” became Biden the advocate for a “Build Back Better” tax and spending bill that would increase spending $5 trillion and the debt by $3 trillion if implemented over the full 10 year period.

The bill would also impose tax increases that will make heating your home more expensive. And the bill’s corporate “minimum tax” would increase utility bills across the country as the taxes are passed directly through to consumers.

Biden’s spending bill hands out cash to trial lawyers, a major funder of the modern Democrat party. And cash tax credits to members of the press. No wonder the establishment media have endorsed this bill. They have a big interest—self-interest—in the legislation. Biden wonders why taxpayers find this offensive.

Biden joined Bernie Sanders and “the Squad” in demanding trillions in new spending and trillions more in higher taxes. Biden proposed adding $80 billion dollars to the IRS to hire 87,000 more auditors. The IRS said they would increase audits of small businesses and expect to extract tens of billions of dollars.

Biden quickly pulled U.S. troops out of Afghanistan against the advice of the military and without consulting allies. Biden first closed down the major U.S. airbase which left the capital city of Kabul full of Americans and our allies struggling to get out. Some died in terrorist bombings.

Russia saw this weakness and moved troops to the border of Ukraine. China threatens Taiwan and continues its oppression of the Uyghurs.

The 50 states tell a different story. Twenty-three states are controlled by a Republican governor and state legislature. Only 14 are run wholly by Democrats. Republicans have full control of the legislature in 30 states.

There is a stalemate now in the U.S. Senate. Democrats need 50 votes to pass their tax and spend legislation. Vice President Kamala Harris would then cast the deciding vote for the legislation. But longtime Democrat Sen. Joe Manchin has told the rest of the Democrats he will not vote for legislation that adds to the debt or costs more than $1.7 trillion over 10 years or gives welfare benefits to those not even trying to look for work.

Will some tax and spend legislation pass? Maybe, but it will be smaller and less expensive than Biden is demanding.

Both the House and Senate are up for election. Voters can send Washington a strong message.
Do they want higher spending and taxes or less spending and lower taxes? Everyone will be heard on November 8, 2022, and that will decide what the next decade will look like.

About the Author
Grover Norquist is the President of Americans for Tax Reform. Follow him on Twitter at @GroverNorquist. He wrote this for InsideSources and posted 12/30/21.