America has an infrastructure problem. Too many roads are impassible, traffic congestion is clogging the suburban arteries, and bridges are falling apart. The legislation currently pending in Congress, which the latest polls say has the support of two-thirds of likely voters, won’t fix it. 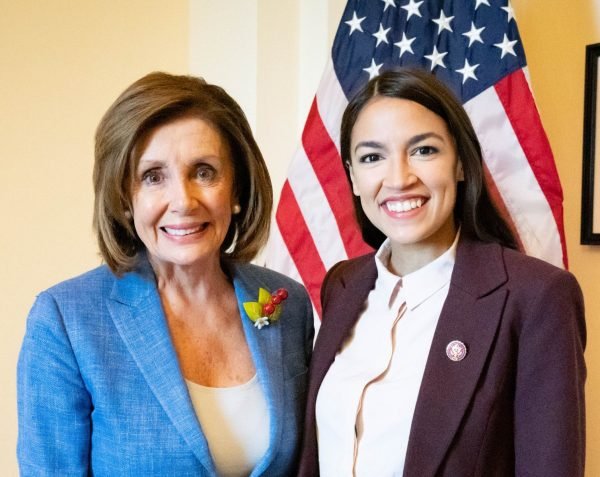 It’s been sold as an infrastructure bill but in the bizarro world that is Joe Biden’s Washington, it does more to get people and goods off the roads than on them. It’s full of so many goodies that progressives want it might fairly be called a down payment of sorts on the Green New Deal we were all led to believe during the last campaign the current president didn’t support.

One of the problems with the bill is how few people have taken the time to look at what’s in it. Ironically, that’s why it’s so popular. It’s “bi-partisan,” as though that makes it worthy of passage. Never forget that Democrats and Republicans can come together on bad ideas ever more easily than they can on good ones. It’s a big-spending monstrosity that will give the American people more of what they don’t want and, more importantly, don’t need.

Consider the provisions dealing with local water systems in places like Flint, Michigan. Sure, it’s a problem and sure, it needs a major overhaul. But why is that Washington’s concern? It’s not as though their pipes move water to Cedar Rapids, Iowa, or Tuscaloosa, Alabama. it’s a local problem that local leaders are responsible for fixing but didn’t. Even after people started getting sick – and then they did a better job trying to pass the buck than they did addressing the problem.

The money for major cities like Flint is there so one part of the Democratic Party, the part in Washington, can bail out local Democrats and their political machines. It’s cash to help keep them in power so they can deliver the vote when the next election rolls around. And the one after that.

Maybe we could live with the political aspect of these projects (which might just as easily be called payoffs) if it weren’t for other things in the bill intended to fuel the efforts to get cars off the road. Efforts like the per vehicle per miles driven tax that some in Congress have in mind as an add-on to the federal excise tax on gasoline. Revenues are off, largely because of the number of people who’ve shifted to hybrid and all-electric vehicles. Something has to happen to get it back and make it grow. The best idea so far, and the most intrusive, is for the feds to mandate the installation of a device in your car or truck, or SUV to track how many miles you drive so the U.S. Department of Transportation can send you a quarterly bill. Or something like that. The whole idea is still in the pilot project stage, but you get the idea.

The invaluable David Ditch over at The Heritage Foundation, who deconstructed the bill down to its rocker panels, says among the lurking dangers hidden in the bill are measures that would “make a variety of progressive causes part of federal policy, such as an obsession with “equity,” providing special treatment for “disadvantaged” groups, establishing a new bureaucracy to increase the number of female truck drivers, and the hyper-woke Digital Equity Act, which includes expanding internet access for prisoners.” What any of that has to do with road construction and bridge building, which is what the American people think they are getting any time they hear the word “infrastructure,” is beyond me.

The bill also proposes expenditures in the tens of billions to subsidize the installation of electric vehicle charging stations needed by the people buying electric cars. That sounds progressive, in every sense of the word but, as most will likely be put in gated communities, yacht clubs, the parking garages of high-end urban condo and apartment complexes, and other places only the people who can afford to spend $100,000 on a single car can go, it’s really welfare for the people who don’t need it.

Worst of all, the so-called bi-partisan infrastructure bill is anti-car. Credit again to Ditch for doing the research and raising the alarm about the federal funding of local projects the progressive call “traffic calming” but you and I know as putting in speed bumps, reducing the number of lanes on a heavily trafficked thoroughfare from four to two and other steps being taken by municipalities to making commutes tougher and longer.

If you ask why they’d do that, consider the incentive that creates for commuters to use mass transit, which gets a healthy injection of funds in the bill. The politicians and the community associations control what goes where and how often. Unlike your car, which takes the trips you want to take on your schedule.

The bill should be opposed because of what it does, not because of how much it costs. The right vote is “No” and the right move is to start again. Or to wait for a new administration to come on board to drive the infrastructure train where it needs to go.

Peter Roff is affiliated with several Washington, D.C. public policy organizations and is a former U.S. News and World Report contributing editor who appears regularly as a commentator on the One America News network. He can be reached by email at RoffColumns@GMAIL.com. Follow him on Twitter @PeterRoff.