The N.H. Pledge Should Not be Scrapped!

The New Hampshire Pledge Should Not be Scrapped!
New Hampshire Business Review on 6/19/20 published a letter titled “Isn’t it time to scrap The Pledge”.
Tom Thomson (son of GST co-Founder Mel Thomson) wrote this response, presented with his permission.

The New Hampshire Pledge Should Not be Scrapped!

Recently, I was amused by a letter to the editor in the New Hampshire Business Review on June 19, 2020 titled “Isn’t it time to scrap The Pledge” written by Arnie Arnesen of Concord, formerly of Orford, my home town.

In her column, Arnesen says, “What better time than now to question NH’s Political shackle known as “The Pledge”? The 50 year-old tax pledge, concocted by two reactionary conservatives, represents the “for me, not you” mentality that prohibits healthy and constructive growth.”
Arnie must have missed all the great news of the recent record-breaking growth and prosperity with an all-time record of those employed under Governor Chris Sununu and President Trump just before the Coronavirus hit our economy.

The only reason I’m responding to this article is that she is calling out my late Father, former Governor Meldrim Thomson, who served N.H. for three terms from 1973 to 1979 and is not here to defend himself, and I know he would have done a much better job than I. 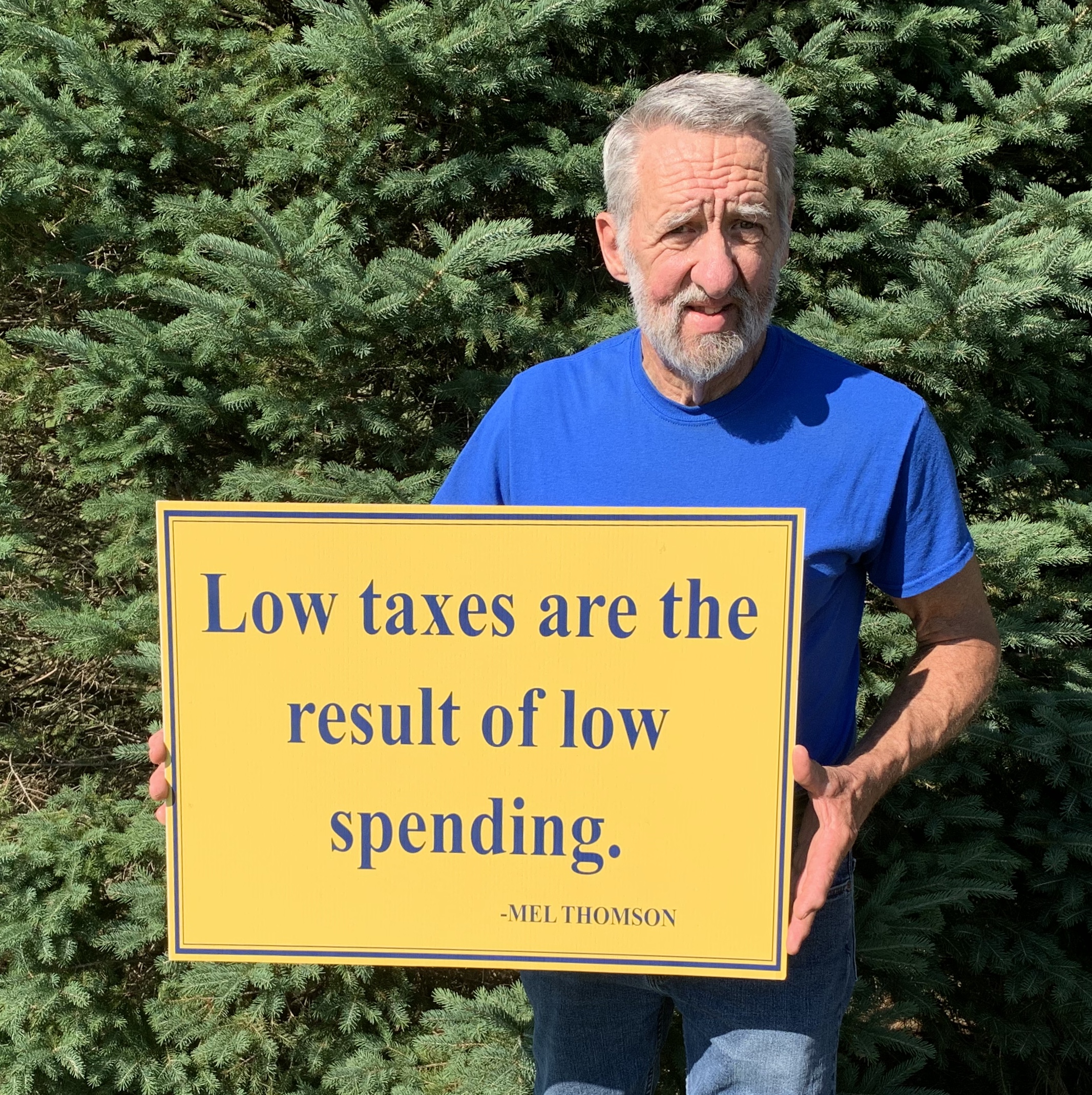 Yes, it was my father who galvanized “The Pledge” in N.H., every governor; Democrat or Republican since then has taken “The Pledge” to get elected except for one time when Gov. Jeanne Sheehan ran for a third term and refused to take “The Pledge”. Sheehan won her third term but her push for a statewide Sales Tax went down in defeat on the morning of April 19, 2001 and I believe my Dad waited until the Sales Tax was defeated before he passed away that afternoon.

“The Pledge” my father believed in was very simple.
As a Candidate for Governor you should be honest with the Voters of N.H. before they vote, and tell them – Yes, I support a Sales or Income Tax (or both) or No, I oppose a Sales or Income Tax. My father always opposed a Sales and Income Tax and was famous for his slogan “Low Taxes are the Result of Low Spending”.

Because of “The Pledge” we have the “New Hampshire Advantage,” meaning, No Sales or Income Tax, which is the only state in New England and because of that folks from all our neighboring states flock to N.H. to purchase everything, which brings in millions upon millions of dollars to our state’s economy. In addition, many move here to enjoy the low tax environment.

Remember, Arnie Arnesen, the progressive liberal who ran for N.H. Governor in 1992 and refused to take “The Pledge” lost to Republican Steve Merrill, who took “The Pledge” and won by 56.02% to Arnie Arnesen’s dismal 39.95% and Miriam Luce received 4%. Then in the Governor’s race in 2002 Democrat Mark Fernald also famously refused to take “The Pledge“ and supported an Income Tax and ran against Republican Craig Benson who won by 58.62% to Mark Fernald’s 38.21% and John Babiarz received 2.94%. To me it seems pretty clear that not taking “The Pledge” is a good way to get less than 40% of the Vote in New Hampshire.

Progressive liberal Arnie Arnesen once again is wrong.
If you want to be a New Hampshire Governor be sure to take “The Pledge” and promise the Taxpayers before they vote that you will Veto a Sales or Income Tax if it comes to your desk as Governor. If you do so then everyone will enjoy the “New Hampshire Advantage”.