In the New York Times in August 1977, Woody Allen observed that “Showing up is 80 percent of life.”

In the case of electing a Legislature that respects Taxpayers, showing up to vote is EVERYTHING!
As former President Obama opined: “Elections have consequences.”

In March 2019, GST reported that The New Hampshire Advantage is Under Attack!
To read the list of bills that raised that concern, click here.
We also said in March 2019 that “We Need to Elect a Taxpayer Friendly Legislature in 2020!”
Let’s review the 2018 election results that gave Democrats control of the Legislature and Executive Council.

Following is an analysis of vote totals for the 2016 and 2018 elections for various offices. 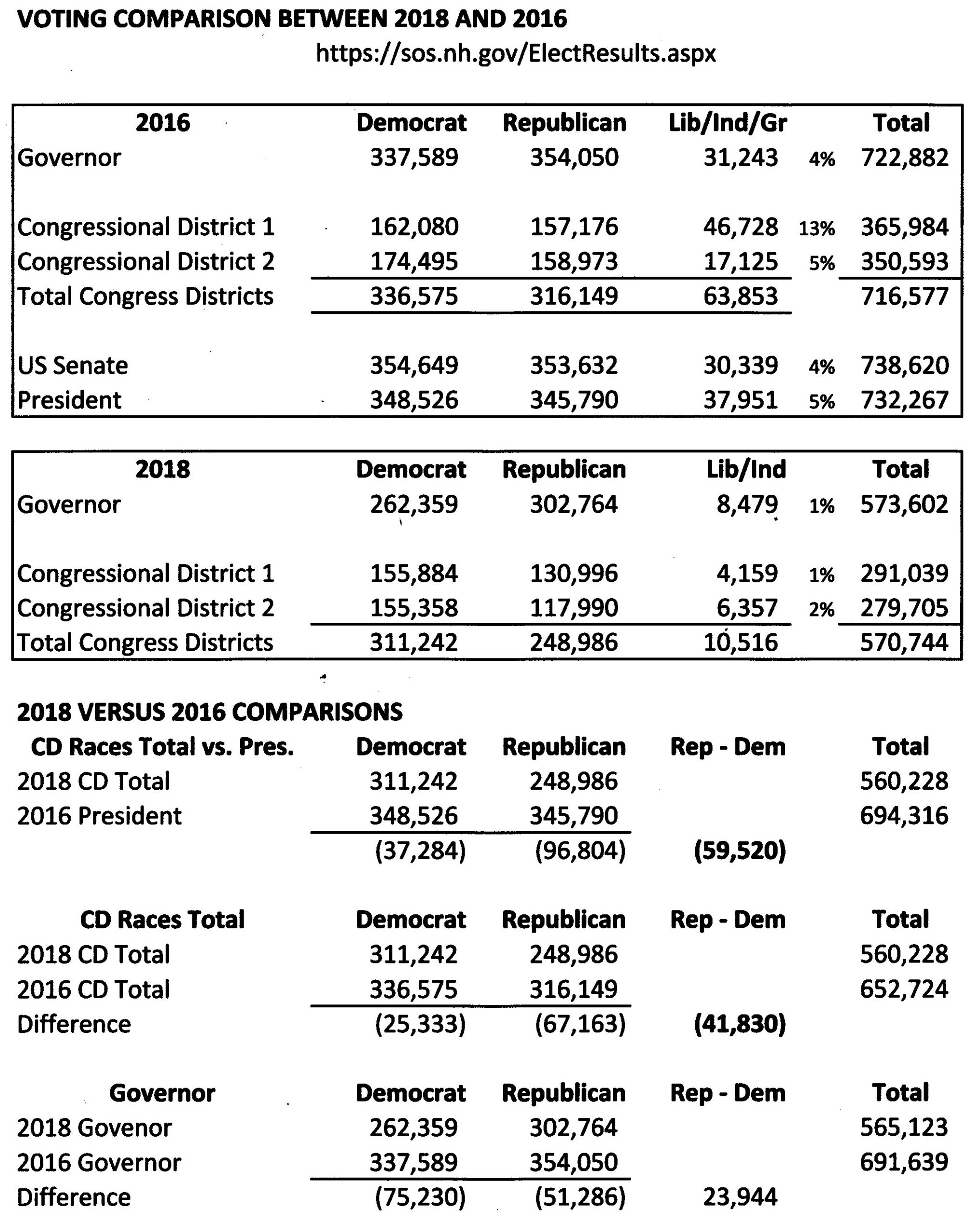 Democrats showed up for the 2018 election in greater numbers than Republicans.
That gave us a Democrat House, impeachment, and the Take Responsibility for Workers and Families Act.
In NH, that lack of enthusiasm impacted down ballot races for NH Senate, House and Executive Council.
The result was Democrat control in Concord and the cornucopia of bad legislation mentioned above.